His Kingdom For A Hearse

With England burying one of its monarchs today, 530 years late, I thought it appropriate to re-post this item from March 25,  2012. 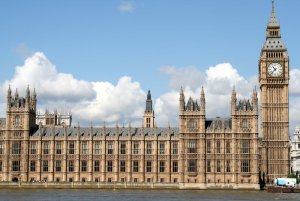 What makes Britain great? There is, of course, no single answer (and the French would suggest there is no question), but the nation that gave the world its principal parliamentary system, its principal international language and (sorry, Yanks) its principal sport must have something in its national DNA that sets it apart from all the rest.

It seems to me that a major factor is Britain’s innate conservatism as described and promoted by the 18th century philosopher and politician, Edmund Burke. British society doesn’t change – it evolves. And evolution produces strength, step-by-step. There have, of course, been potholes in the road over the years – most notably the Civil War and Protectorate of Oliver Cromwell in the 17th century – but, let’s face it, after a few years of that miserable puritan they brought back Charles II whose head had fortunately not been cut off along with his father’s. When things went haywire again a quarter of a century later, the King (the last James we are likely to see) was booted across the water and none other than John Locke, the very man who challenged the divine right of kings in his “Two Treatises of Government”, was charged with schlepping the new king and queen from Holland. 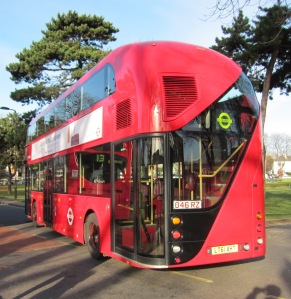 There was a marvelous example of British evolution a few months back that, typically, went almost unnoticed. One Friday morning an announcement was made in Perth (the Aussie one) – which is just about as far as you can get from Buckingham Palace without jumping on a spaceship – that henceforth the first born of the monarch (etc) will be the heir to the throne irrespective of gender. In a stroke, countless centuries of common law and statute were set aside and Britain and its Commonwealth moved on (I am aware that political correctness dictates that I should be talking about the United Kingdom – but, frankly, I am a bit ambivalent towards Northern Ireland). And what about Decimalization 40 years ago? After watching sterling evolve over centuries into the quaint system of pounds, shillings (20 in a pound) and pence (12 pence in a shilling) – instead of changing the currency they just dropped the shillings and recast the pence. To maintain an element of originality in the change, instead of using a normal date (like January 1 used for introduction of the Euro) they went for the totally obscure February 15 1971 – which could, at least, have been identified as the middle of the month – in any month other than February.

Which brings me to the central point. I have a hunch (but not an ounce of evidence) that we may be heading for another of those evolutionary changes in the next few years. 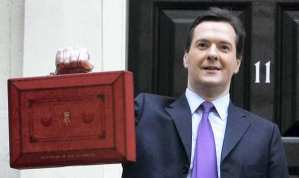 Last week, in the month of March as from time immemorial, Chancellor of the Exchequer George Osborne presented the Government’s budget for the coming fiscal year. The Government’s fiscal year starts April 1 but, for the purpose of income tax the year starts on April 6. Why April 6? The story is simply wonderful.

New Years Day used to be recognised in Britain as March 25. That date represents Lady Day when, according to Christian tradition, the Archangel Gabriel informed the Virgin Mary she was going to conceive (count nine months and you get to Christmas Day). The Treasury understandably collected its taxes based on the year commencing March 25. When, in 1582, Pope Gregory XIII instituted his calendar replacing the old Julian version European countries gradually adopted it. The Protestant English, however, gave him the two finger salute and hung on until 1752 when, in addition to adopting the Gregorian calendar New Year’s Day was moved to January 1. The tax year was left untouched but for one small point. Adoption of the Gregorian calendar required an eleven day leap forward in the date (there were riots reported at the time of people claiming they had been robbed of part of their lives). Not prepared to give up on tax revenue, the Treasury moved the collection period forward by the said eleven days – meaning that the new tax year would start on April 5. As part of the calendar change leap years are generally skipped at the turn of the century – in 1800 another day was added bringing the start to April 6; in 1900, the Treasury was magnanimous and left the date alone; 2000 was a leap year, so we will never know what Gordon Brown might have done. 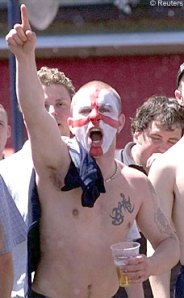 It is hard to see how this system can go on forever. I recently had to do some foreign tax credit calculations for a client invested in real estate in the UK – I felt like getting out an abacus (and hitting someone over the head with it). I would assume that one of these years when the economy is doing well and a government is in the middle of its term there will be a quiet announcement from somewhere like the Isle of Skye (if it is still part of Britain) that the next tax year will start on April 1 – but then everyone will probably assume it’s an April Fools joke. Happy New Year. 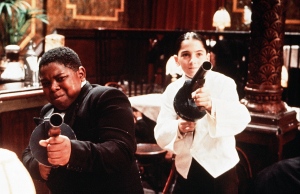 ‘This is what you get for telling teacher’

Sneak, snitch, grass – those one syllable words do not convey an aura of approval. In school, where we imbibe the morality that plagues us for the rest of our lives, a telltale can expect a bigger punishment than the class-mate he is squealing on. The sheer number of synonyms (I have just used five) shows how frowned-upon the practice is.

Governments – rarely the symbols of propriety we would like them to be – have a long history of encouraging informants. I have always been haunted by W. F. Yeames’s portrait of a boy being questioned as to the whereabouts of his father during the English Civil War. And then there were all those ‘Wanted $$$$$$’ posters plastered across the Wild West, not to mention the bank whistle-blower payouts over the last few years.

But the Greeks (who else?) have now raised the rat stakes a notch. Desperate to placate the Troika (now for some reason referred to – in deference to the Greeks – as the ‘European Commission,  ECB and  IMF’), the new Government has proposed employing tourists as tax spies. 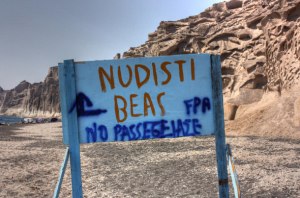 The idea is that tourists will be asked, in return for  an hourly fee, to be wired up to audio or video equipment that will provide evidence of cash transactions between themselves and their Greek hosts.

The idea is both obscene (that word has plenty of life beyond porn) and insane. Greece has long passed into the realm of obscenity, but insanity should still worry them. Do they not realise that, by recruiting tourists who are coming to Greece for a good time, they risk destroying the whole underbelly of the Greek tourist industry – its goodwill? What is more, visitors from countries where the National Tax Authority is a feared institution, similar to a man-eating shark, are not likely to want to play with the Greek version, even if continues to prove it has no teeth. 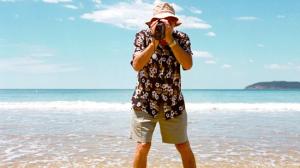 Harry, watch where you take that photograph

Sorry, Mr Alexis Tsipras, you are going to have to do better than that if you don’t want the Troika to tread hard on your oxygen tube. This is one potential tourist who will now definitely not being coming to Athens this year. I think I will go to Russia instead – at least there they do things the right way round,  and will probably be spying on me.

A drop of golden sun 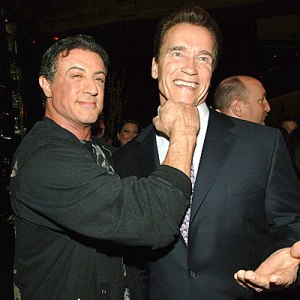 Punching above his weight

From Wolfgang Amadeus Mozart to Adolf Hitler to Conchita Wurst, little Austria has always punched above its weight. It is ironic that the country that gave the world half its great classical music and, so far, all its World Wars, should be almost exclusively associated today with one kitch movie.Fifty years ago this week, a British actress appeared over a grassy horizon and, after the umpteenth  take, belted out ‘The Sound of Music’. And the rest, as they say, is (highly distorted) history.

Well, all the fuss over the Von Trapps this month – including the excellent  impersonation of Ms Andrews at the Oscars by Lady Gaga (an aspiring novice nun if ever there was one)  – brought back nostalgic memories of Austria and tax planning.

Austria’s tax system is quite a boring one – as one might expect. An off-the-peg 25% corporate tax rate and 50% individual top rate send the tax consultant skipping on through the alphabet for greener pastures.

Nevertheless, Austria does have one point of interest that, amid the ennui, deserves not to be ignored. 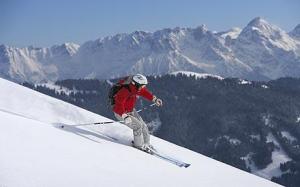 Like most tax-enlightened countries these days (ie those not called the United States of America), Austria operates a Participation Exemption regime. For the uninitiated, that means that most dividends from affiliated companies and capital gains on their sale are not liable to corporation tax in the hands of the Austrian holding company. When an exemption to tax from profits from foreign branches is added, the overall result is that Austria taxes the profits of a corporate group on a territorial basis.

The jewel in the Habsburg crown however is that, whereas most countries with territorial corporate tax reporting insure themselves with Controlled Foreign Corporation legislation (CFC), Austria has a very watered down alternative. CFC rules in their various forms, first introduced to the world by John F Kennedy on the first day of the Cuban Missile Crisis, are designed to ensure that companies do not resort to chutzpa in their foreign operations. Although also applied to worldwide tax systems, they are of particular importance to territorial based systems where there is an enhanced  temptation to drive income offshore to low tax jurisdictions, thus depriving the home country Treasury of its life-blood for ever and ever. CFC permits the immediate taxation of certain foreign profits.

Austria is one of the few countries that does not have a CFC regime,  encouraging night-trips from nearby Transylvania by tax vampires (aka Advisors) to drink its life-blood.  To stem the flow, the Austrians have replaced the exemption on dividends with a credit system for foreign income that was clearly diverted for tax purposes. The big difference with CFC, however, is that the tax is not payable until the income is remitted. Depending on the rules in the ultimate jurisdiction of a corporate group, this can facilitate indefinite tax deferral – which, in these BEPS-induced, substantially-reduced times for tax gurus, is a very big deal. 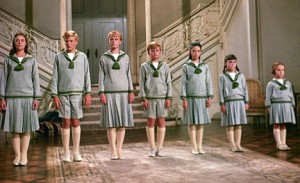 Having seen the Sound of Music when it first hit the screens in 1965, I have been an unashamed fan ever since. Back in 1995, on a trip to England, I dragged my then 9 year-old son to a 30th anniversary showing in the West End. Any illusions I had of passing on my enthusiasm to the next generation were shattered when, similar to a Rocky Horror Show Redux, the freak audience jokingly recited all the lines along with the cast. Well, to celebrate fifty years, I have decided to have a second go, this time with HIS children. It will be a Home Viewing, and all parents and uncles will be commanded to shut their trapps. Where is the Captain when we need him?