Archive for the category “Andorra”

The lion that squeaked

We all remember those excruciatingly painful dance sequences in end of year school plays. As a long-in-the-tooth tweed jacketed teacher attacked the untuned keys of the upright piano while simultaneously pumping furiously at the worn pedals, budding Nureyevs and Fonteyns would take to the stage. With eyes adamantly fixed on their neighbours the children would twirl to the right and swing their arms to the left in accidentally syncopated time with the music. One of the incontrovertible Laws of Motion was that there was always one  twit lacking rhythm who would insist on twirling to the left and swinging his arms to the right; he couldn’t help himself – the act was as involuntary as breaking wind in the headmaster’s study.

I have waited 40 years to observe similar ineptitude on the world stage. Thank you France. Or should I say, Andorra?

Last week, the Co-Monarch of Andorra met with his joint and several Prime Minister. It was a cordial meeting. Because there are only 85,000 citizens of Andorra,the microstate stuck in the Pyrenees between France and Spain, there is no need for a full-time monarch  let alone two full-time monarchs (the other is a Bishop, confirming the Combination of Church and State). In his spare time  the non-ecclesiastical one is President of France. As everyone who reads a newspaper with more words than pictures knows, there is a worldwide move spearheaded by the EU, G8, G20, OECD United Nations and every other populist organization in the world  to force greater transparency (exchange of information, withholding tax on deposits etc.) in traditional tax havens. This is a logical approach to ensuring that the governments of home countries are able to catch and tax earnings that would probably otherwise escape their grip (unless, as if often the case, it is members of the governments themselves that are depositing the money offshore).

It was, therefore, yet another out-of-step move for President Wally (unfortunately we know where HE is) when he proudly announced that the Prime Minister had agreed to institute a personal income tax. Duh? There were no details of the extent of the tax (surprise, surprise) and similarly no mention what the tax would be used for – tiny Andorra has generally been doing quite nicely from tourism, duty-free and “financial services”. There is no moral obligation on any country to impose an income tax unless it needs to – and Andorra patently doesn’t need to.

I admit (proudly) that I have never had any dealings with Andorra – until a few years ago I thought it was a fictitious state in a black-and-white movie, but when I saw that they had instituted company tax in 2012, I knew that I could have written the script for them.  The company tax was set at 10%, a low but no longer crazy rate. However, if the company is in the finance industry or holds IP or is involved in international trade (in practice, almost every company except for the Candy Store in Andorra High Street), there is an 80% reduction. I truly admire those adherents of “you can fool all of the people some of the time” who genuinely believe that the average OECD economist doesn’t understand that an 80% reduction on 10% is ALWAYS 2% . But what a tragedy it would be if everybody had to pay a horrific 2% tax – so they instituted Holding Company status, which pays no tax at all. To all intents and purposes they managed to get back to where they started – plus ca change, plus c’est la meme chose.

So what is the, as yet unannounced, income tax rate likely to be?

From Half-Prince-President Wombat’s point of view, if the aim is to prevent wealthy French from hiking it over the Pyrenees, the number to beat is 75% which, despite being stubbed out by the Supreme Court, is still on his agenda. But Andorra is one of those countries that likes to fall below the radar. Indeed, after declaring war on Germany in World War I, it was forgotten in the Treaty of Versailles and continued in a state of belligerency with Germany until 1958 – despite having declared neutrality in World War II (Hitler was never one for the intricacies of international law so he didn’t have the place turned into a car park for a Panza Division). So my guess is that when the Prime Minister gets back to his mountain lair he will give himself a few months to return to anonymity and then quietly come up with a rate that warmly hugs a Very Round Number. 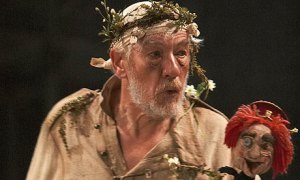 Meanwhile the Royal President is presumably very proud of his day’s work last week and hoping his decisive action will lift his ratings in the polls. At the last count his popularity rating was 24% (even Louis XVI would have beaten that) – proving beyond all reasonable doubt that nearly a quarter of all French are stupid. Methinks the man is  Half-Prince and  Half-Wit. I wonder what he would have  looked like 40 years ago in the Dance of the Sugar Plum Fairy?