Archive for the tag “Carbon tax”

In my salad days, apart from holding down a regular job as an elementary school student, I had some house jobs. Returning home in the freezing dark each winter’s eve, my chafed thighs burning from the cold, I would make straight for the soot encrusted scuttle standing guard outside the kitchen door. Carrying it across the yard to the squat  bunker opposite I would scoop coal into the scuttle and then return it to its post ready for an older pair of hands to commit the contents to the boiler that spread warmth around the house. 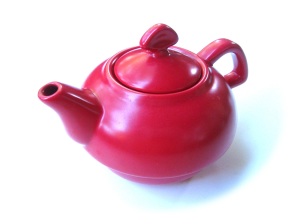 In the mornings, after breakfast, when the teapot was empty, it was my task to take it into the garden and spread the tea leaves around the roots of the rose bushes to help them grow.

Every day, before the empty milk bottles were washed and returned to the doorstep for collection by the milkman, I used to gather the silver and gold metal tops. When I had a sufficient quantity, I would post them to the BBC Television Centre and await the following Monday’s Blue Peter programme when they, along with millions of others,  were transformed by the wonders of alchemy into a Guide Dog for the Blind. The dustmen (oldspeak for “city cleansing department”) only had to come once a week.

All innocent stuff you might think. But judged by modern standards it is not clear to me whether, on balance, I was an ecological saint or a child soldier pressed into service  by the Lord’s Resistance Army as an Earth Murderer. Fossil fuels do not get a good press these days. 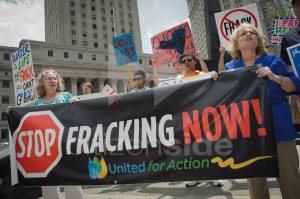 I would love to meet the joker who invented the word

In the last few months alone we have had Australian legislation against carbon emissions, EU legislation over airline polluters, Canadian protests against shale gas fracking and British centralization of future power policy.

Dealing with the greenhouse gases that lead to global warming is, of course, not a new concept. The main “incentives” to reduce the release of carbon dioxide (the main culprit) into the atmosphere have been carbon taxes and cap-and-trade schemes. 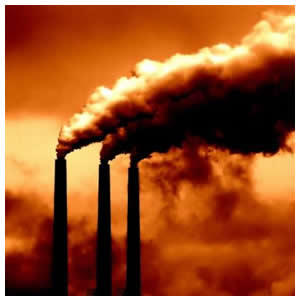 Carbon taxes are quite simple in that the social cost of a specific measure of carbon emissions is estimated and emitters are taxed accordingly. There are two main problems with this system . Firstly, while university professors may have had a field day devising the concept, nobody has the foggiest idea how to objectively calculate the social cost – so prices vary madly. Secondly, it is impossible to predict how much effect the tax will have on reducing emissions. In addition, there is the philosophical (and, if you happen to be poor, highly practical) problem that the tax is regressive. That means that if affects the poor more than the rich because, on the assumption that the cost is passed on to consumers, they  are hit comparatively higher. On the other hand, as long as a government applying the tax (as Australia this year) undertakes to ensure that the tax is dished out to lower income households as subsidy or tax break as well as supporting industry’s efforts to reduce emissions, this last problem is mitigated.

Cap and trade schemes, in contrast, control the reduction of carbon emissions by setting limits and the government issuing permits for those emissions. That is where the fun starts. Schemes have tended to start with “grandfathering” the permits free of charge to emitters on the basis of past emissions. They are then free to trade these permits. The concept is that a market price will be reached where those emitters who can most cheaply reduce emissions will do so.  This has produced windfall profits for some of the biggest culprits while there is little government revenue to aid the lower income sufferers of price hikes.  A more morally acceptable  (but less politically practical ) scheme is to auction the permits and use the revenue in a similar manner to the carbon taxes.

And now to the real world. Both types of scheme do not appear to be working too well. Carbon taxes have been set too low and permits have been distributed too freely.

While both systems, especially the cap and trade, appear quite clever on paper, both lack bite. When you take into account the countries that do not play ball, the potential leakage as companies move operations elsewhere is positively frightening.

Perhaps it is time to take a look back at the world before the Industrial Revolution when  the only greenhouse gases emitted came from the extremities of grazing cattle.

Hanging maybe. But drawn and quartered?

In those days there was a lot of lawlessness. As today, many only respected the law to the extent it was enforced but then society was not sufficiently organized to ensure its enforcement. So, what did the authorities do? They terrified the population. If you stole a sheep you were hanged. If you deflowered the wife of the heir to the throne you were hanged until you were half dead, dragged through the streets and then forced to watch yourself being disemboweled, castrated and quartered before being sent off to meet your Maker at a number of addresses around the country.

Where greenhouse gases are concerned, we are back in the good old days. Nobody (hmm..) would suggest executing factory owners for spewing out a bit too much smoke but, instead of making all those nice academic calculations to establish the fair cost of these heinous crimes, carbon taxes should be set at punitive rates (lets call it what it should be – a fine) and cap-and-trade permits made more scarce with a minimum price in the primary market. The revenue raised should principally be returned to the pockets of those in lower income brackets as well as being employed to assist companies to reduce carbon emissions.

Do you think he separates his wet and dry rubbish?

Coming downstairs one morning about a month ago without my glasses I noticed, stationed outside every house in my street, an absolutely motionless heavily tanned sentry. After turning on the radio with the expectation of being greeted by martial music but instead having my ears harassed by yet another castrato Bee Gees song in tribute to the late Robin Gibb, I found my specs and realized that the sentries were in fact brand new standard issue chocolate coloured slop buckets. The green revolution had finally come to my home town and we were to split the dry rubbish (green coloured bin) and the wet, rotting, stinking  rubbish (poo coloured bin).

After drinking my early morning mug of tea I decided to christen our new acquisition and went out to deposit my teabag. We might not have any rose bushes but we do now have a bloody ugly brown bin littering our doorstep.

Turning left at the end of the world 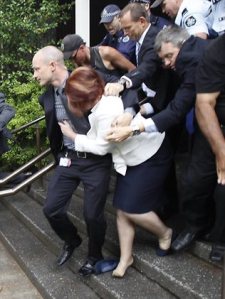 A few years ago the president of one of those numerous archipelagoes peppered across the Pacific Ocean made an accusatory statement about Australia that threatened a diplomatic incident. Listening to an interview on the BBC with the then Australian foreign minister my mind was tuned to expect a suitably circumlocutory diplomatic reply. “Frankly, he is talking a load of crap” was the actual response – the minister probably calculating that the Polynesian ruler would be too busy eating his mother-in-law to be bothered to take the matter further.

The Aussies are a truly wonderful species – they say what they think and they do what they say and to hell with the consequences. In fact,  despite my buttoned up Britishness, some of my best friends are Australians and I can always expect to be sent home laughing at some outrageous statement that I could never have got away with myself. What I would not expect is to be taught a lesson  by them in the fundamentals of taxation. But that is exactly what is happening at the moment – and they are acting in a far more mature manner than their counterparts in Europe and North America – which, to be fair, is not saying much.

As of the beginning of July Australia is introducing two new taxes, neither of which are particularly loved by Labor prime minister Julia Gillard but appear important to her coalition partners, the Greens (that is the Green Party rather than Mr and Mrs Bruce Green of Wallamaloo Street, Perth). The Mineral Income Rent Tax (30%) which will apply to sectors of the hugely profitable mining industry is designed to redistribute wealth while the Carbon Tax is designed to substantially cut greenhouse gases. The Carbon Tax, initially fixed at a fairly random A$23 per tonne of carbon emissions will morph into a Cap and Trade system in 2015 allowing the market to decide the fair price while limiting overall emissions. As both taxes, especially the carbon tax, are regressive – they affect lower income people most because they up the price of basic goods like electricity – much of the revenue from the new taxes is to be funneled back to consumers by direct monetary grants and tax breaks as well as assistance to farmers and industry to meet lower  emissions targets.

But what really caught my eye was the expected effect of all this on this week’s Budget speech to be delivered to Parliament by Wayne Swan (not – as you might think – a gyrating contestant in the latest season of America’s Got Talent, but Australia’s Finance Minister and current holder of Euromoney’s Best Finance Minister Award).

There has been a lot of lobbying for a significant corporate tax rate cut to be partly funded by the revenue from the two new taxes. Currently at the unfashionably high rate of 30%, the recent Henry Tax Review recommended lowering the rate to a more competitive 25%. 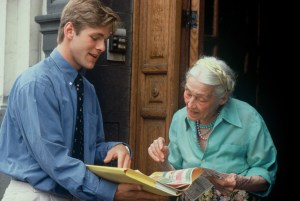 Can I interest you in a factory in Dublin with 400 employees?

No way, mate! The government is determined to push the country into budget surplus in the next financial year, so the rate is going to drop all the way to…29% and to hell with any whinging possums who don’t like it. Here is a case of fiscal responsibility (Greeks might like to look that up) coupled with a gutsy position that racing to the bottom in tax rates is not some Holy Grail. The concept of competitive tax rates is problematic. While competition may be healthy in predominantly all sectors of the economy – that is not what taxes should be about. Taxes are about funding what is needed outside the scope of the market to maximise the lot of civil society as a whole. The fact that corporate taxes have been abused by countries from Ireland to the Baltic States – especially in their lust for the refugees from the American system – does not turn tax competition into a moral goal, let alone an ideal. The race to the bottom should not be confused with the Laffer Curve -seeking the rate at which government revenue is maximised is what fiddling with the tax rate should really be about. 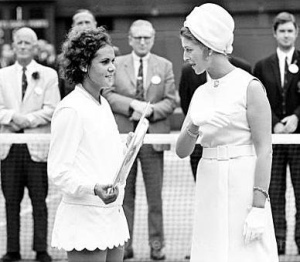 Of course, Australia is not perfect. It did a pretty good job in the, not so distant, past of  making the indigenous population miserable – including forcibly removing children from their families which was heinous. When then prime minister Kevin Rudd made his famous apology in Parliament to the Aborigines in 2008 it took me back to the Wimbledon of my youth. In 1971 the Center Court rang to the Umpire’s call “Game, set and match to Miss Goolagong” as that exotic young lady took the Women’s Singles title. When she won it the second time ten years later, I had a creeping suspicion that she would take out a duster and can of silver polish to clean the winner’s dish – “Game, set and match to Mrs Cawley” was just too Australian. G’day, cobbers!