Archive for the tag “city of london”

Georgia on my mind 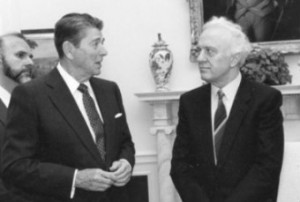 When, on August 16,  I saw the announcement that Bert Lance had died, memories of the disappointments of that period of my life known as “coming-of-age” came flooding back.

Lance was a Georgian banker (born 82 years ago a little closer to Atlanta than Tbilisi) who took the train up from the South to Washington when Jimmy (pronounced Jimmuh) Carter insinuated his way into the White House in 1977. As the peanut farmer’s first, and short-lived (not literally, as you know), Director of the Office of Management and Budget he epitomized – along with fellow Georgians Ham Jordan and Jody Powell – the final decommissioning of Class in the capital. A bunch of, albeit intellectually competent, bumpkins – they and their boss (not to mention the boss’s mother and brother) ran roughshod over all that was held sacred in the undisputed Temple of the Western World.

For a late teenager just at the tipping point between childhood and adulthood, when a future as Prime Minister, Finance Minister or Chartered Accountant appeared equally feasible (but not, sadly – as I discovered in a Superman comic – President of the United States, which was reserved for Natural Born Americans that did not include either Clark Kent or me),  the disappointment from this Pol Potian destruction of the ruling class was mind numbing.

Well, just as the whole memory experience was making its way back on the slow train to the recesses of my mind, this morning I noticed an article in The Economist that made me instinctively slam on the brakes.

The Gambia, which for those of you who do not know, is a little sliver of a country in West Africa, has decided that it wants to be an International Financial Centre. IFC is a euphemism for that most heinous of tax  bogeymen – the Offshore Jurisdiction. This is, of course, chutzpa at its most naked. What makes the smallest nation on the continent, with per capita GDP of around $500, think it can satisfy the enhanced 21st century requirements of a successful (if there is still such a thing) Tax Haven?

I may have a few possible answers. 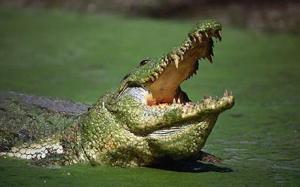 While the Gambia does not have a plethora of retired bankers, lawyers and accountants like the Channel Islands, it does have lots of peanut farmers. In fact, the economy is built on tourism and peanuts. If the patron saint of peanut farmers – St James Earl Carter III, along with a banker or two to peanut farmers,  could make it to the top of the world, why could they not , at least, achieve modest success in the international financial markets?

Furthermore, watching all those dramas and documentaries about the centre of the financial world – the City of London – it would have not been lost on Gambian leaders that the protagonists are always in offices overlooking the River Thames. A little-known fact about the Gambia is that the entire country is, in fact, one long riverbank (or, to be more precise, two long riverbanks) – the river in question being, you guessed it, the Gambia. What could be more natural than for the world’s newest financial centre to be one long (or two long) impersonations of the City of London.

In fact, as The Economist sanely points out, the Gambia’s chances of success are pretty slim. Offshore Financial Centres are under increasing scrutiny and pressure from the international community. In the end, it will only be those with substantial professional infrastruture and minimum political risk  (such as the Channel Islands) that are likely to survive in one form or another. 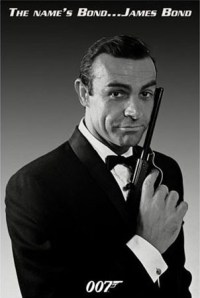 Real heroes use their real names

Jimmy Carter, Bert Lance and friends certainly managed to knock out of me any political delusions of grandeur I may have had. In fairness, it didn’t help that the boss on the other (my) side of the Atlantic was a chap by the name of James (pronounced ‘Jim’) Callaghan who had all the charisma of the former Inland Revenue Union official he was.

Ironically,  Bert Lance has accompanied me throughout my career, much to the detriment of my monthly timesheet. He is attributed with popularizing the term “If it ain’t broke, don’t fix it” that became one of my professional principles. Some advisers would say I am nuts.