Archive for the tag “Fat tax”

Living off the fat of the land 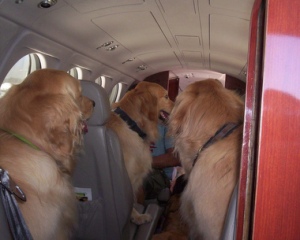 Flying Cattle Class tends to bring out the worst in me. After being herded through check-in, security and boarding I make a beeline for my aisle seat , generally having boarded early enough to lay claim to the corner of an overhead baggage compartment that is actually over my head. Flying Cattle Class is all about marking  territory. On a train or bus I am willing to stand up for elderly passengers, to contort my body into wondrous shapes while traveling in the rush hour or sqeeze myself into the smallest available seating space. Not on a plane.

Grabbing my newspaper I try to read but am immediately distracted by the line of passengers streaming through the plane. Gradually the seats start to fill.  I stand for a  twenty something male in sweatshirt, jeans and running shoes who takes his place by the window. Looking at the advancing hordes I start to wonder – nay, fear – who might take the dreaded middle seat. A woman heads towards me with a screaming baby in her arms.  I start to pray. She passes by – her child’s foot swinging into my face. They are followed by a middle-aged man talking angrily over his shoulder to one of the cabin crew. I silently promise that I will give more charity if only he does not sit next to me. He too passes in peace. The passengers all find their seats and, although the plane looks very full- it seems like the place next to me  has been left vacant. I mentally genuflect to my beneficent Creator who has singled me out for this good fortune.

Then it all starts to unravel. Finally enjoying my newspaper, out of the corner of my eye I detect movement. I look down the aisle. Oh, for Heaven’s sake, NO! I see the gates of Hell open up before me. Just boarded and bumping his way along the cabin is a last stray traveler, a tsunami, his vital statistics vertically and horizontally identical. The personification of a Westinghouse double-door fridge. Like an ostrich I bury my head in the Business Section and hope beyond all hope that he will carry on past me. But it is not to be. I unbuckle my seat belt, move to the aisle and watch as he squeezes himself between the rows and shoe-horns himself into his seat. With his body bubbling over into my territory, I am forced to spend the entire trip with my shoulder and right side  jutting into the aisle where they are incessantly bashed, knocked and jarred. 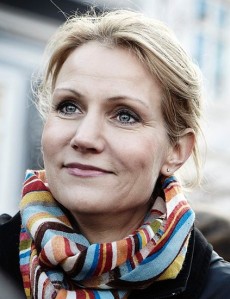 The Danish leader’s father-in-law kept free-market Thatcher in power for years. Neil Kinnock was leader of the Labour opposition

Air travel suffered a serious blow from an unlikely source last week when Denmark, the first country to wheel out the idea, cancelled its Fat Tax after only a year on the statute books. The law had imposed a tax on foods containing more than a certain amount of saturated fats and hit meat, processed foods and dairy products  – predominantly butter. Applying a tax on butter in Denmark, the home of Lurpak, took enormous political courage. With a word in the language that roughly translates to Toothbutter (butter spread so thickly that when you bite it leaves toothmarks), it was akin to a special tax on Guinness in Ireland , snails in France or anything big and unhealthy in the US. The reason it is being abolished is not, however, because of the infringement of traditional Danish values but rather, prosaically, because it is simply costing jobs and driving Danes to cross the German border to buy their butter there.

This is a genuine disappointment to those worldwide who advocate  an aptly named Pigovian tax to improve the health of society, thus enhancing the quality of life and lowering national health costs.  Currently, the world is  left with a tax on soda drinks and a proposal to tax palm oil in France along with a tax in Hungary (there might be one or two others lurking unobtrusively). Beyond the scope of taxation, New York Mayor Michael Bloomberg has been a crusader in preventing the use of trans fats in his city as well as pushing through the , soon to be instituted, ban on sale of mega-sized cups of sugary drinks.

Whether fortunate or unfortunate (depending on how you view restrictions on individual liberty even when for the good of the individual or society as a whole) it is usually economics, and particularly, taxation that ultimately bury most of these schemes along with many of the people they were designed to protect.

When the US introduced Prohibition in 1920 it was an, albeit overzealous, attempt at improving morals and health in American society. By the time the 21st Amendment to the Constitution had cancelled out the 18th in 1933, the arguments were still largely moral: prohibition had encouraged organized crime on a massive scale rather than prevent it; the ban was a fundamental attack on individual liberties.

While these noble arguments were undoubtedly valid, the principal underlying factor in the whole affair was taxation. Until the US introduced a Federal Income Tax in 1914 a third of federal tax revenue came from tax on liquor. With the introduction of the Income Tax the importance of that tax waned and by 1919 the proponents of temperance in Congress were in a position to give it up. Things were fine for a number of years until the Great Depression started to kick in. Income Tax Revenue went down and the newly elected FDR needed funding for his New Deal. Welcome back liquor and liquor taxes. 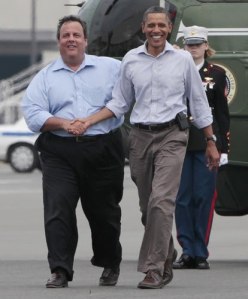 In a diary entry in 1962 British Prime Minister Harold Macmillan wrote: “The doctors have come out with a tremendous report on the dangers of smoking—esp cigarettes. This puts us in rather a fix. For how are we to get £800m indirect revenue from any other source?”. The marginalization of smoking has been a long and painful process that is still not complete 50 years later.

It does appear that the only sustainable method to curb vice, be it obesity, smoking, alcoholism or I forget what else, is public education. In the field of food, calorie labeling laws (which are catching on around the world)  are an enormous step forward. The strong wording and horror pictures stuck on cigarette packets are happily turning diehard (and they likely, will) smokers into freakshows. That leaves alcohol (and what was that other thing?). Dean Martin once famously said that “You’re not drunk if you can lie  on the floor without holding on”. I’ll drink to that!