Archive for the tag “Juno and the Paycock” 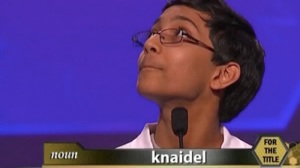 I was chatting the other night with my middle son when he came out with the word “procrastinate”. He also knew what it meant – not bad for a young man neither born nor bred in an English-speaking country. While ‘procrastinate’ is not as complicated as ‘antidisestablishmentarianism,’ the word does have as many syllables as  that old spelling bee horror: ‘Mississippi’.

“Procrastinate” is a word that should be on every English-speaking tax advisor’s lips.  Meaning ‘Manana’, it is what tax authorities the world over are truly expert at doing. If tax authorities ran hospitals, patients would all be dead  from untreated disease or old age.

It may therefore come as a surprise that ‘procrastinate’ is a word I do not use. I do employ lots of other words to convey my feelings to the tax authorities which, over the years, have got me into several scrapes requiring a grovelling apology the next day – but “You incompetent procrastinator” never made it to the top of  my windpipe.

My singular avoidance of the word has its roots in an event 40 years ago this month.

While the rest of the world was celebrating the 30th anniversary of the D Day  landings in Normandy, I was experiencing my own Dunkirk.

In June 1974, at the ripe old age of 16, I sat my O levels. For those not raised in Britain or those too young or too old (they are coming back in 2017) to remember them O levels were, coupled with the horrendous 11-plus,  the components of a peculiarly patrician British examination system designed to ensure sufficient dropout at 15 or 16 to maintain  supply  of  barely educated labour to the mines, factories and clerical jobs. (There were also ‘immigrants’ who drove the buses and suchlike, but they were  called other names then that are no longer de rigeur). 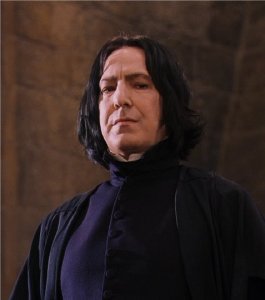 We should have been so lucky

About two hours after completing the paper in English Literature I received a call at home from the school secretary that the headmaster (principal) wanted to see me “Now!”.  Not having the faintest idea what I was being summoned for, I remember sauntering calmly to school – despite the fact that the headmaster had a reputation as a  frightening despot. Arriving at his study door, I was ushered in. I think I know what condemned men in US prisons feel when they enter the Death Chamber. The headmaster, cruelly disfigured by acute arthritis,  sat at his desk smoking his beloved pipe. Next to him stood the superannuated  chief invigilator, a truly dreadful man who had been an amateur boxer in his younger days and was a diabolically poor maths teacher to boot. The latter  wore  his trade-mark fixed grimace. Various other senior masters littered the room in diverse states of discomfort.

“Is this yours?” It was the headmaster creaking his head in the direction of the far edge of his desk.

Following his line of sight,  my eyes landed on the pink answer book that had my candidate number on it. Now, readers, you will doubtless share with me the feeling that, similar to watching a coffin being lowered into a grave at a funeral, when you hand in an exam paper, it is your fervent desire that you will never see it again. So, shocked by the situation, I answered the obvious: “Yes, sir.” I saw the invigilator’s mouth lengthen into a pencil-thin smile.

“So, you admit it, do you?” The headmaster again.

“Of course. It is my exam paper…sir”

‘Not the exam paper, boy (they really did speak like that in those days – TB). This’. He manoeuvred his arm toward the exam book and clawed at a heavily folded piece of white paper perched on top of it. He waved it in my direction. I took it and opened it. It was a series of brief crib notes on Sean O’Casey’s “Juno and the Paycock”.  The first line contained one solitary four syllable word. You guessed it (No, it wasn’t Mississippi).

“Mr E***** (he of grimace fame) found this in the examination room and, after carefully checking the handwriting of all the papers, has come to the conclusion that it is closest to yours.” E***** was clearly as good a graphologist as a maths teacher.

I managed to compose myself.

“Sir. If you look closely, this is clearly not my handwriting. Furthermore, if you look for the word “Procrastinate” in my paper, you will not find it”. I even ventured a little joke from the gallows: “I wish I HAD known the word. It might have bought me a few more marks.”

“It is our intention to send it to the University Examination Board and let them decide”.  This was positively frightening. Whatever else I was or wasn’t in school, I was always known as scrupulously honest. At the University, I would just be a number and my – as yet not quite – budding academic career could be prematurely ended by a summary trial and execution by firing squad.  With that, the inquisition ended and I was dismissed to mull over my future.

The bottom line was that, following the intervention of a number of civilized members of staff and, I believe, the Headmaster waiting enough time to shake the Chief Rottweiler off his tail (tale?), I was informed a few days later that the matter was closed.

As regards that English Literature exam, I have to admit (perhaps to the surprise of some readers), that I was not much into it in school. I did scrape a minimum “Pass” grade largely thanks to the fact that the black-and-white movie version of one of the two set-books was shown on television on the Sunday afternoon prior to the exam – thus negating the need to read the wretched thing. 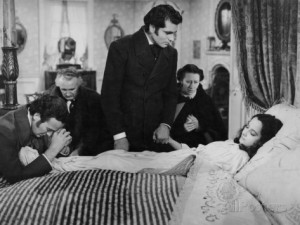 I didn’t make it up

As Chick Flicks go, the 1939 Oscar-winning adaptation of Emily Bronte’s Wuthering Heights scores pretty high on the Kleenex charts. A weepy if ever there was one, the most poignant scene has to be the death of Cathy (Merle Oberon) . Determined to maximise the pathos , the immortal William Wyler directed that, while the emotionally stunted Heathcliff (Laurence Olivier) took adulterous centre-stage, Cathy’s hapless husband, Edgar Linton (David Niven), should cry bitterly as he bent over the body (and they say the modern world is immoral). When Niven failed to produce the tears, the prop man blew menthol into his eyes resulting in him ejaculating the entire contents of his nose over the corpse. The hitherto dead Cathy proceeded to return immediately to life and run off screaming to the dressing room. Astute observers of the blooper-free scene on You Tube will notice that Niven does not make it any further than the end of the bed. While naughty Heathcliff gets to caress his dead mistress’s limp hand, Linton has to make do with his wife’s dead feet.

Many years ago, when my eldest son was in High School, he forgot to take something with him in the morning that was relevant for something-or-other that day. I was around  at home for some reason, so I offered to take whatever-it-was to him. Arriving at the door of his class, I observed total mayhem. Pupils were walking in and out, talking, shouting, standing on desks. I assumed it was Morning Break and sauntered in. Pleased to see me, my son suggested we went outside. As I was leaving the class, I noticed a teacher buried in a book at the front. Safely outside, I asked my boy what was going on. “”Oh! We are in the middle of an exam.” You couldn’t make it up.