Taking the mojo out of inversions

By now, everybody has heard of the aborted takeover of  British pharmaceutical firm AstraZeneca by US giant, Pfizer. The latest in a series of US corporate inversions, the new corporate structure was  to be headed by the smaller UK company, thus largely spiriting the merged group beyond the lascivious tentacles of the US Internal Revenue Service.

Fascinated by the subject, I trawled  the quality press and professional literature for relevant articles. As I will explain later, despite the extensive coverage of the topic, I was utterly frustrated by the universally poor standard of reporting. The experience brought back vivid memories of  my first fresh-off-the-production-line car.

Twenty-five years ago, I took delivery of a sparkling white  Austin Montego. To be precise, by that stage in Austin’s long and painful decline as part of the government-owned British Leyland, it was simply a Montego: an orphaned car, no make or mark  willing to admit parenthood. 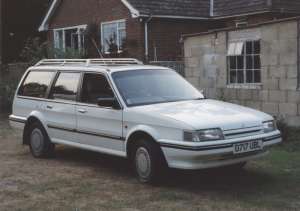 I think I realized there was something wrong when I first clapped eyes on it. Arriving at the delivery point, and after completing the relevant paperwork, I was confronted with a neat row of identical vehicles. I noticed that one of the newborn had a white spot of paint disgracing the otherwise pure black bumper. I prayed but to no avail. That was my car. A black blob hurriedly splashed onto the offending area, the car was soon heading for home with yours truly at the wheel. By the time I reached our car park, the driver’s mirror had fallen off the windscreen. By the end of the 12 month guarantee period the car was on its fourth alternator. Driving the Montego made me imagine piloting a Spitfire in the Battle of Britain. Before the car was finally towed away for the last time from under our house some twelve years later, anything that was not bolted to the exterior had fallen off and the lining of the ceiling had sagged down as far as the dashboard, giving the impression that the car was a mobile bordello.

Some years later I saw a documentary about the, by then defunct,  factory where my car was built. A group of former production-line workers sat in the pub explaining how it all worked. It turned out that, if someone was sick, late for work or needed a pee, the production line did not stop. When it got to fitting their part, either one of the other workers  did a rush job or, if the part was not considered critical by the professors manning the production line, it would simply be omitted. This was related without humour or bitterness – just that confident matter-of-factness that is the mark of the unmitigated moron.

Which brings me to my point. 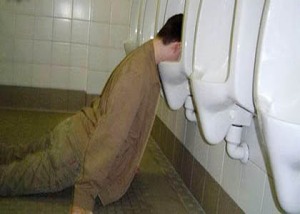 Financial journalist phoning in his copy

Every single article that I read about US corporate inversions (and there were many) had critical parts missing or not properly connected to each other, resulting in the whole being incomprehensible (even after trying to put the jig-saw puzzle of articles together with all the pieces laid out on my dining table).  Had the articles been my Montego, by the time I got home on that first day I would have been driving an engineless go-kart .

The thinking behind inversions is that, since US corporate tax is punitive and there are loads of  planning schemes on how not to pay tax on unremitted income from abroad – there is a clear advantage in a US group having its parent company in a convenient jurisdiction beyond the shores of the United States. Enter the corporate inversion which, once upon a time, enabled the shareholders to quite simply insert a foreign holding company between themselves and the US company.  Convenient locations were the usual suspects that had the common virtue of never having heard of income tax.  In 2004 the US authorities woke up and imposed anti-avoidance legislation that effectively ignored the inversion to the foreign jurisdiction if at least 20% of the ownership in the new parent did not pass to third parties. The exception to this rule was if there were substantial business activities in the foreign jurisdiction which led companies to start looking at slightly less sunny jurisdictions such as Switzerland and Ireland where tax could be magically reduced to manageable proportions.

With the recent wave of mergers of the Pfizer – AstraZeneca type (the UK is still a lot more favorable tax location than the US) which meet both the 20% rule and substantial business activity test, Congress is now considering upping the 20% to 50% and tightening up the substantial business activity rules. Loss of control is expected to be just a little too much for the average US multinational.

The problem with the available literature on the subject is that, while inversion transactions are presented (on an amalgamated basis) as dark acts of genius to escape the draconian levels of US tax while avoiding US CFC legislation  and enabling tax-free repatriation of cash, it is far from clear how any of this is to be achieved.

My take on all this is that inversions must be very complicated and financial journalists cannot afford to burn copy when they realize they are out of their depth. 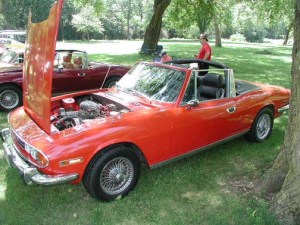 I do wonder, however, whether with Congress hot on the tails of multinationals (Senators also presumably do not understand what is going on), the planning may be a little too clever for comfort. In that same documentary about British Leyland, there was a piece about the Triumph Stag. The Stag was a cabriolet designed in Italy, the contours of which were generally considered to be thirty years ahead of their time. It was a truly magnificent driving machine. While Triumph’s sister mark, Rover, fitted  Buick 3.6 litre engines in its top-of-the-range model, the executives at Triumph decided they could go one better. Triumph had a boring family saloon called the Dolomite that just happened to have a 1.8 litre engine. You guessed it. They took two Dolomite engines and fused them together. This explains why, throughout my youth, when traveling on motorways I would regularly see Stag owners lounging luxuriously in their Italian leather seats, waiting to be towed. There has to be a lesson there somewhere.