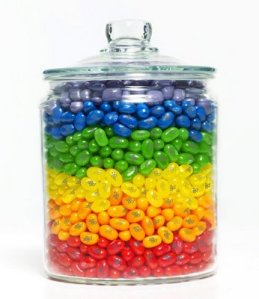 Remember the old Fair Ground game where you had to guess the number of candies in a jar? If you got the nearest number you won a massive, totally inflammable, furry toy that Mum and Dad refused to take home in the car but relented when they couldn’t find a big enough garbage can in the car park for the toy, and  – “If you will not stop crying” – you.

Well, the attitude to the corporate tax rate of the plethora of today’s New Hampshire Republican Nomination hopefuls  is looking remarkably similar. Pick a number, any number, that you think might be accepted as optimally serious by the  voting members of the GOP and your prize could be four years, rent free, in a massive house in Washington DC , lots of big cars and your own Boeing 747.

All the hype about the need to lower the tax rate to encourage entrepreneurship, competition etc. may have much to recommend it but, in an economy with colossal debt, a choice of plans that –  according to the Tax Policy Center of the Urban Institute and Brookings Institution – will result in a cut in annual federal tax revenue of between 16% and 35%,  demonstrates clearly that all the candidates have “slipped the surly bonds of earth… to touch the face of God”.

Although Mitt Romney has played it safest – which is comforting really, since he might one day actually have to translate some of this into policy AND walk around with the nuclear launch code in his head – there does not appear to be any clear reason why he chose 25% , while Rick Santorum just seems to have halved the current 35% rate to 17.5% and, the increasingly comical, Mr Gingrich chose 12.5% to pull in line with Ireland, presumably because that is where Ronald Reagan’s ancestors were born. At least Ron Paul, who took a stab at 15%, had the decency to also call for the demolition of the Fed (and, I believe at one point, the IRS) so that his voters are fully informed that their candidate is on another planet.

Ironically, not everybody on the right seems to think that corporate taxes are necessarily far too high. While headline rates are undoubtedly in the stratosphere (taking corporate tax and the tax on dividends when distributing profits to shareholders together, the US ranked 4th among the 34 members of the OECD), Bruce Bartlett, a policy advisor to various Republican presidents, pointed out in the New York Times last month that 90% of US businesses are run through S Corps and other tax transparent entities meaning that no corporate tax is paid, the income being taxed to individuals at a far more charitable overall rate. Furthermore, regarding the remaining  10%, he cites a report on “Corporate Tax Payers and Corporate Tax Dodgers 2008-2010” of Citizens for Tax Justice and The Institute of Taxation and Policy which claimed that ,while 25% of US companies paid close to the statutory rate of 35% , 25% paid less than 10% (with, even, negative tax in some circumstances) and the rest flopped about in between.

According to the report,  negative tax arose where companies had carried back losses to years when they had profits and received a refund of the tax paid. Effective tax rates had been depressed through : accelerated depreciation on assets ; certain deductions taken for the exercise of stock options for tax purposes but not required to be reflected in the financial statements; industry specific tax breaks ; and tax deferral of offshore operations. Much of this list is a matter of timing differences, although, in fairness,  handled intelligently they can become very very long timing differences. 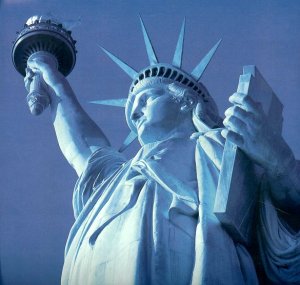 Give me your tired, your poor, your huddled masses, yearning to be free, but not your investors

There does not seem to be much concern among the candidates over the long suffering foreign investor which is not surprising since:  a) he does not get to vote in November; and b) he is foreign. Meanwhile, foreign investors do not benefit from S Corporations and, if they invest through a tax transparent LLC – a foreign corporation will still face branch tax (equivalent to dividend withholding tax) while an individual has estate tax exposure. Faced with tax rates genuinely among the highest in the world, foreign investors will more than welcome a healthy drop in the headline rate. Otherwise, they might just start looking for other countries in which to invest with rates like 25%, 12.5%, 17.5% and 20%.