It takes two to tango

Apart from the snow-white attire, it could have been, quite literally, two Old Joes getting together for Saturday lunch and a chinwag. Joseph Ratzinger and Jorge Bergoglio made history at the Castel Gandolfo outside Rome last week when, for the first time in at least 600 years, two popes met face to living face.

Watching their rather wooden performances before the cameras (neither of these gentlemen was groomed for Prime Time), it was the awkwardly staged prayer session  that caught my attention most. Here were two highly influential individuals who, despite their united front,  personified diverse spiritual and temporal states of the world.

Theologians have debated the contradiction inherent in God’s attributes of Justice and Mercy for Millennia. Here was the austere Pope Emeritus Benedict XVI, an aloof intellectual who had made his career looking for Truth through reconciling religion and science, praying with Pope Francis I who, despite his Jesuit background, has an emotiocentric approach to his calling. While Benedict XVI was more at home clinically wrestling with the scientific discovery of the God Particle than confronting the unfolding human tragedy within his own Church, Francis I (why do they insist on calling him “The First” ?) is more at home with the Sermon on the Mount. To anybody other than a dogmatic Christian, the meek inheriting the Earth might make no moral, rational or logical sense, but it does make people  feel good (especially if they are meek).

Then there is the temporal contrast. The German Pope, from the Northern Hemisphere and Northern Europe, for whom rules, discipline and tradition are sacrosanct, and the Argentinian/Italian (his father emigrated) Pope from the Southern Hemisphere and the Mediterranean basin of Europe, for whom life is too short to get caught up in the red tape so it makes more sense  just to hug and be friends.

The Euro crisis  involves both the trade-off between justice and mercy and a clash of cultures between Northern and Southern Europe. It was interesting to note how the citizens of Ireland coolly accepted their  fate (and, with a recent successful bond issue, the country is well on its way to recovery) while the Greeks and Spanish  kicked back with emotional protests.

All these guys pale into rational insignificance when compared with Cyprus. Cyprus is not in severe financial difficulties –  it is bankrupt. There is little room for useful restructuring.  Justice, mercy, logic and emotion will not help the country that has become Europe’s biggest basket case as it careers headlong towards Purgatory.

There has been a mixture of rational and emotional reporting on the Cypriot crisis over the last few weeks. It all started with negotiations for a bail-out package with the Troika – the European Central Bank, the IMF and the EU Commission.

Cyprus’s banks had invested rather too heavily in Greek banks and, when  the EU Council of Ministers decreed, as part of the Greek bail-out in 2011 that private investors would need to take a 50% haircut the then Cypriot Finance Minister  – who was present at the meeting – didn’t seem to realize that he needed to object so as to save his own country from bankruptcy. This speaks volumes about Cyprus which, quite incidentally, had a  genuine communist president at the time (even Russia and China had already given up on that nonsense). 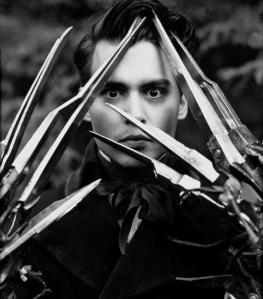 Did someone mention haircut?

With a new conservative government installed in January that was reputed to be capable of walking and chewing gum at the same time, a deal was negotiated whereby all depositors in Cypriot Banks, including the average Joe with deposit insurance up to €100,000,  would take a haircut – defined for some reason best known to the parties involved as that dreaded word “Tax”. The universal haircut is understood to have been the suggestion of the Cypriot Finance Minister. Now, at this point the Troika should have woken up and remembered from 2011 that the Cypriots do not have a very good track record on these financial things. Instead, they did not seem to realize that – by exposing insured deposits – they were risking a run on every slightly dodgy bank in the Euro-zone. This speaks volumes about the ECB, IMF and EU Commission.

In the event, when the news hit Cyprus all hell broke loose and Parliament threw out the proposal. Although the Cypriot people and much of the world’s popular press took a tear-jerk position on this (the BBC interviewed eloquently irate retired British expats living on the island with authoritative Home Counties accents) the Parliament’s decision gave the EU a second chance. The Cypriots, on the other hand, were left  needing to find €5.8 billion in order to be eligible for a €10 billion loan.

The deal that has now been reached is that small depositors (up to €100,000) will be protected while Cyprus’s second largest bank will be wound-up and its largest bank restructured. Although not yet clear, apart from shareholders and large creditors of the bankrupt bank being more-or-less wiped out, the haircut of large investors in the Bank of Cyprus is likely to be up to 60% with compensation in the form of worthless shares. In the meantime, as banks reopened a few days ago, draconian capital controls are being enforced to prevent a run on the entire system.

The result for Cyprus is that, with the restructuring of the banks, its offshore financial business – which is fundamental to the economy –  has been effectively eliminated. Much of the money invested in Cypriot banks is thought to be Russian laundered funds such that a Russian investor who sent a bed sheet to the Cypriot Laundry can now expect to get back a pillow slip (if he is lucky). He will not be a happy investor which may make the average Western European citizen smile, but this probably means an end to the Cypriot economy as we know it, which also means that the average Western European citizen will soon have the smile wiped off his face. It seems the only hope for Cyprus is reunification with the Turkish north paving the way for increased tourism and successful exploitation of the gas found off its coast. Confidence is so high in Cyprus that those English residents with clipped accents mentioned above will take comfort in the decision of the British government to divert their State pensions into UK accounts. 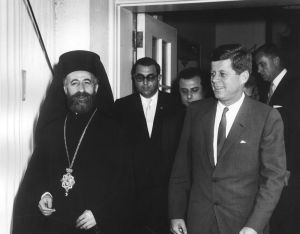 They never had this trouble when the Church was in charge

It is tempting to think that there could have been another solution for Cyprus involving, perhaps, a less onerous bail-out. Rationally and in the name of justice there was not. It is a country that built its future on, at best, legal offshore financing that is going out of fashion and , at worst, Russian money-laundering. But what about emotionally? Could, and should, the Troika have turned a blind eye and advanced more funds?Didn’t someone once say “Let he who is without sin cast the first stone”?