Sorry, sorrowful Switzerland. This pious country, which has been supplying the Vatican with its psychedelic army for the last five centuries, has been forced to take heed of the words of Handel’s Messiah (with apologies to Isaiah): ‘Every valley shall be exalted, and every mountain and hill shall be laid low.’ After hundreds of years  where, thanks to the impossible terrain, the Swiss have ‘made watches not war’, the Western World’s  tectonic shift from bang-bang war to economic war (other than dealing with the primitives of the Middle East), has seen Switzerland flattened.

Their woes started with an attack on their banking secrecy laws, progressed to the nuking of their financial institutions for dirty dealings, and now, knowing that the game is up, they are undergoing a complete ‘voluntary’ overhaul of their corporate tax system.

Switzerland has been a tax haven for as long as the term has had meaning. The first ever international tax treaty, in 1872, was between Great Britain and the Swiss Canton of Vaud. And it has been all downhill since then.

According to draft legislation published last month by the Swiss Federal Government, all those fun, ring-fenced, foreign-owned companies – mixed, domiciliary, holding, principal, Swiss finance branch – would be phased out by 2029. (Twenty-twenty-nine! There could be another World War by then; in fact, maybe  that is what the Swiss are banking on.)

The Swiss tax situation is precarious

Having said that, Switzerland is not about to hike its tax take. That would be tantamount to abseiling down Mont Blanc without a rope. The draft legislation is a potpourri of give-aways marketed by  other – slightly less in-your-face – jurisdictions.

There is going to be a patent box, a notional interest deduction, a step-up on corporate migration, a step-up on transition from one of the old regimes (in 2029), a reduction in Cantonal tax rates,  cancellation of the reviled 1% capital tax (that has a habit of becoming 2%), a participation exemption, unlimited loss carryforward, a modified UK style group relief,  and reduction of net wealth tax.

It is tempting to conclude that the Swiss are following the age-old custom of chucking as much as possible against the wall and then seeing what sticks. It is almost inevitable, in the era of BEPS, that there will be a chiseling away at many of these benefits worldwide. Whatever happens, by going for broke, the Swiss should continue to be one step ahead of  the market. 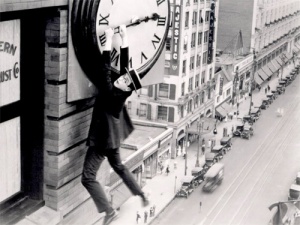 These are better times for the Swiss watch industry

On the other hand, it is definitely time for Switzerland to expand its non-financial sector. Despite the ubiquitousness of the cheap quartz watch over the last 40 years, the Swiss have reinvented the market for the quality precision piece. Time may be on their side after all.