Trying to keep the relationship platonic

Following the recent news of Greece’s continuing woes, and thinking about what to write, I soon realized that very little has changed since I penned the two Posts below in 2012. The country’s new whacko Government has won a reprieve from a fatal dose of international hemlock by promising to come up with alternative measures to meet the ‘Troika’ demands for a formal extension of its bail-out package. It looks like the great deficit-plug is to come from the ruthless prosecution of tax evaders (ha, ha). Indeed, a former finance minister went on trial yesterday for allegedly removing relatives’ names from a list of unreported offshore bank accounts (see Post from 2012 below – and ponder the relative amount of time it took to get him and the whistleblower to court). Furthermore, another former finance minister received a four year sentence last November for undereporting his income, although ‘four years’ subsequently turned into a €14,500 fine (the annual price of freedom in Greece, it turns out, is €3,625. Cheap at half the price). In short, Greece continues to be a hopeless case. The only question is whether foreign creditors are actively engaged in allowing the wool to be pulled over their eyes. Read on (I apologize in advance that you may be seeing this again in 2018):

My trip to New York cancelled last week courtesy of Superstorm Sandy, I decided to take advantage of the hour before anyone realized my calendar was empty to clear my desk. Forgetting the utterly ignored disposable cup of coffee nestling under a sheet of foolscap, I watched in helpless horror as it tipped drunkenly on its side and lazily cast forth its contents over my diary and neighbouring assorted papers. My barely legible handwriting disappeared as the ink, dissolving into the coffee, was dispersed across the open page. Taking a leaf out of the book of the intrepid New Yorkers, by midday I had a spanking new diary and only the merest hint of brown on numerous documents newly piled at the edge of the desk.

The experience took me back 40 years to the summer of 1972 when we were just finishing 8th Grade (in England it was called the 3rd Form which was a bit confusing since we had already had one of those several years earlier). Our Form Master was Severus Snape minus the charm with whom one messed at one’s peril. Of course, as healthily idiotic teenage grunts we messed at our peril – but we all knew our limits. All of us, that is, excluding one. There is one in every class. A totally incorrigible youth with no academic aspirations who is programmed to kick back at all cost against authority. Civilly disobedient – Mahatma Gandhi without a cause. Anarchic without knowing the meaning of the word. Angry young man who wasn’t even angry. If we were told to write the address on our report envelopes in the centre, he wrote it in the top left-hand corner. If we were told to sit down, he stood up. Told to write in pencil, he wrote in ink. You get the picture.

In those days part of the daily ritual was the redundant task of calling the register to corroborate the evident fact that, while so-and-so’s desk was clearly empty, he (we were all He’s) was not hiding somewhere else in the room. Each morning the dreaded Commandant would labour through the 31 names and mark squares on that term’s page with an alternating diagonal pencil-mark producing, over time, a herring-bone effect that was quite aesthetic. Trusting in his absolute power over us, the register was left in his unlocked desk – a Holy Ark that we assumed, if touched, meant instant death.

Then came that fateful morning when our revered leader marched to his desk, removed the register, opened it, fell totally silent, shook with rage and then sat down with his head buried in his hands. Carnage. Somebody (guess who) had poured an entire bottle of Parker Quink over the sacred tome. I don’t remember precisely what happened next but, despite the temptation to embellish the story, I am pretty sure there was no blood and there was definitely no ambulance.

Why am I writing all this? Because the European Union appears these days increasingly like a class of juveniles. And no prizes for guessing the incorrigible country. They were at it again last week.

Last Sunday, the editor of an investigative magazine published a list of over 2000 names of account holders in the Geneva branch of HSBC bank and was promptly arrested for breaching privacy laws. What is more, in a show of absolute legal efficiency, he was brought to trial on Thursday and, equally promptly, acquitted of the charges against him.

This all sounds quite impressive, if a waste of taxpayers money, other than for one thing – all the actors in this little play were Greek. The list, transferred to the Greek Government two years ago by the then French Finance Minister and now Head of the IMF, ostensibly pointed to wealthy Greeks who may be running a sideline in tax evasion. Somebody (the hot potato is now passing between former government ministers) stuck it in a drawer and “forgot” about it. Meanwhile, as I noted on this blog back in February there are (or, at least, were) over 165,000 (one hundred and sixty-five thousand) cases awaiting trial in the Greek court system. But they still managed to get this guy up in front of the Beak within 4 days.

I am not a lawyer and I do not know how heinous it is to breach someone’s privacy when it is in the public interest (if I am not mistaken Woodward and Bernstein did something similar 40 years ago that rather inconveniently brought down the President of the United States – and nobody tried to put them in the Electric Chair). However, even I know that there is something absolutely heinous with the government of a country that is struggling on the ropes with its budget deficit, not pursuing tax evaders. The fact that this case was taken to trial so fast is not heinous – it is just a sign of how morally bankrupt and obviously beyond the pale Greece is. I had goose pimples when the current Greek Front Man, Antonis Samaras was praised by Angela Merkel in Berlin. I know that a Greek exit from the Euro would not be simple for the creditor nations and that fact is heavily influencing Germany’s approach. But sometimes the school principal has to realise that it is not enough to make the errant youth write a thousand times “I must not tell lies in class” or “I must keep my promises”. If he proves himself totally incorrigible he needs to be expelled.

The Greeks like to keep telling us that they are the cradle of modern civilization and also the inspiration for the world’s greatest sporting event – the Olympics. Agreed. And what is the greatest problem facing competitive sport in the 21st century? Doping. Greek governments have been “enhancing” their statistics and breaking their promises, rather than records, for years.

It is clearly time to expel Greece from the Eurozone and disqualify it, for a period of several years, from the benefits of EU membership.

When it was suggested last week by a sympathetic BBC interviewer that the Italian government’s decision not to fund Rome’s bid for the 2020 Olympic Games had cost Italy the chance of taking its place on the world stage, the interviewee retorted sharply “Italy has been on the world stage for 2000 years”. Meanwhile, the Greeks keep reminding us that, as the cradle of democracy and western civilization, their continued hammering by the European Union is beyond comprehension. We should be thankful, at least, that the Germans have not yet chosen to harp back to the past.

Greece really does appear to be sliding down a greasy pole. The new government has continued its predecessor’s vain attempts at improving tax collection while trying to make new taxes stick in a country in which, thanks to rampant corruption, tax evasion is effectively state sponsored.

On January 22, a list of 4152 tax cheats was published in an effort to shame people – they must be joking – into paying up. Most fascinating was the fact that, even though the authorities know where they live, most of them have not been prosecuted. This is evidently thanks to there being a backlog of 165,000 cases in the courts. One prominent exception is, top of the list, Nikos Kassimatis (an accountant!) with an amazing 952 million euro owed, who is currently serving a prison sentence for VAT fraud which has probably taken away his appetite to settle. In a country where the judiciary clearly has a problem getting its act together, this may not be a case of the punishment not fitting the crime but – to put it in perspective – had he been convicted just before Henry VIII became King of England in 1509 he would be looking at walking free about now (not allowing for a couple of hundred years knocked off from his 504 year sentence for good behaviour). 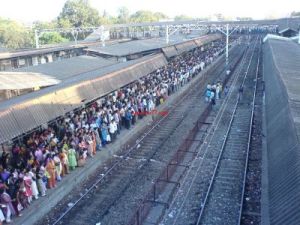 An earlier list of 6000 major corporate delinquents was made public in September 2011. First prize went to the Hellenic Railway Organization which was running incredibly late with an unpaid tax bill of a whopping 1.26 billion euro – a real achievement given the fact that its owner is none other than the Greek government.

The now famous aerial inspection of houses with undeclared swimming pools, reported as carried out at great government expense by helicopter surveillance when the same result could have been achieved on Google Earth, has at least caused economic growth in the form of an increased demand for camouflage material. It has not been reported whether swimming pool owners have been paying cash for these purchases.

Meanwhile, while various officials have been forced out for either having their palms greased or turning a blind eye to the actions of others, the government came up with two quite ingenious methods of improving collection. Firstly, the new and much hated (along with every other) property tax is to be collected through household electricity bills. Non payment would result in disconnection from the National Grid and, in winter, death from hypothermia. Secondly, there is some madly complex , novel system using a smart card that enables the authorities to track a taxpayer’s payments. In keeping with Greek tradition, use of these cards is voluntary although it is not clear why the authorities don’t just start by looking up the names on that tax dodger list in the telephone directory and go knocking on their doors.

Alongside tax collection, privatization and reduced salaries, Greece has also been told by the EU and IMF to revamp its tourist industry. Knowing the Greeks’ record on compliance, left to their own devices, this will probably result in a new set of floodlights for the Acropolis and creation of more , euphemistically titled, clothing-optional beaches where German tourists can get an all-over tan while they are being burnt at home by the forced write-off of Greek sovereign debt.