The most idiosyncratic teacher from my schooldays died last week. Feared by the new boys, persecuted by the middle school and respected by the senior pupils, he was the quintessential British schoolmaster of the mid-to-late twentieth century. Armed with a library of twenty aphorisms (I can, to this day, repeat every one by heart  including his motto: “I may be fairly strict but I am also strictly fair”),  he terrified us until we learned to terrorize him. Eventually, we grew up  just enough to recognise  his worth. Same process, different kids, year in year out.

Times have changed. Teachers are no longer allowed to discipline the permanently wired ego-machines  that pass for human sprogs today. And if schoolmasters have their hands and mouths tied, what about managers? Upset an employee and you are the one frogmarched to the CEO to surgically attach your tongue to his rump and beg forgiveness. It doesn’t stop there. Presidents and Prime Ministers – once the austere shepherds of their nations – now scrape and bow to the whims of their electors.

The individual is King, Queen and Supreme Leader. If the Liberal philosopher J S Mill thought that your right to swing your  fist ends where my nose begins – that right now ends somewhere in the next street where I cannot see you.

However, tax authorities the world over seem to have miraculously escaped modernity. They continue to confront the assessee – essentially civil society in its entirety- from behind a brick wall. Ostensibly, it is not for want of trying. 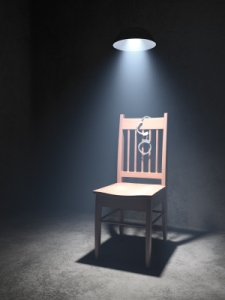 The old methods are still the best

As far back as 2007  the Forum on Tax Administration of the OECD was presented by its Tax Intermediaries Study Team with Working Paper 6, soporifically entitled “The Enhanced Relationship” (I dread to imagine what the other 5 were about). In the tax world, if you want to be friendly you need an intermediaries study team to guide you.   The Study analyzed the desirability and viability of moving away from the “Basic Relationship” – the assessee is required by law to declare all his income and the tax authorities are required by convention to scare him senseless in case he is tempted otherwise. Drawing on models tried by the Americans, Dutch and Irish for increased cooperation between Tax Authority and (Large Corporate) Taxpayer the Team came up with Revenue and Taxpayer wishlists.

The Tax Authorities’ looked for transparency and disclosure (what a surprise) while taxpayers who – let’s face it – are a bit more savvy, craved commercial awareness (amen), an impartial approach (be fair), proportionality (use common sense), disclosure and transparency  (if you want me to scratch your back, scratch mine too) as well as responsiveness (hello?).

Of course, as it turns out none of this had anything to do with touchy-feely 21st century existentialist (and post-existentialist) civil society. All that was really happening was that the Tax Authorities were looking for a more efficient way to collect taxes and large corporate taxpayers were looking for a more efficient way not to get screwed. Emotional bear hugs were not for the Tax Forum.

Indeed, speaking last November at a convention of American CPAs, Douglas Shulman, the IRS Tax Commissioner, reviewing the IRS’s Compliance Assurance Program stated:  “Any corporation that meets the program’s requirements and wants to enjoy the benefits of open, cooperative, and transparent interactions can now apply”. Thank you Mr Shulman – that speech really makes me want to embrace you and I am supremely impressed that in a country of over 300 million citizens and a monumental number of corporations an entire 140 corporations took part in the CAP in 2011!

So, given the fact that there does not appear to be any real attempt to break down the wall in the US (as well as a host of other countries) the contents of an article in last week’s International Herald Tribune about the trials and tribulations of “accidental” Americans should come as no surprise. With the IRS’s FATCA witchhunt hotting up, American passport holders who have never lived in the US but received citizenship by accident of birth, are running in droves to US Consulates to renounce their citizenship. While it is not clear to me how this solves the problem of past non-reporting, one case mentioned caught my eye. If it was not so tragic, it would be funny.

Roy, a 37 year old lifelong Canadian citizen and resident has US citizenship through his mother. Due to concerns over a savings account in his name, his mother took him to the US Consulate in Calgary to renounce his citizenship (It will be recalled that the US is substantially the last nation on Earth to tax according to citizenship rather than residency). There was one problem – Roy is developmentally disabled. The request was refused because he lacked “the legal capacity to form the specific intent necessary to lose US nationality”. In other words, he does not understand the concept of citizenship.

Her tax adviser shot himself

It strikes me that the only body lacking legal capacity in this story is the US government. Nowadays, only a resident, a regular business visitor to America or a moron  would want to maintain  US citizenship  – the tax downside is too great. A more sensible approach would be for the US government – in cahoots with the IRS – to have people “Check-the-Box” (a wonderful IRS fiction) on Organ Donor Cards or the back of Cornflakes packets  or, more likely,  one last tax return resulting in their US citizenship being viewed as transparent and, therefore, effectively annulled.

In the meantime the Occupy Wall Street movement should start an offshoot and encourage everyone to “Hug a Taxman”. You never know, it might thaw them out a little.